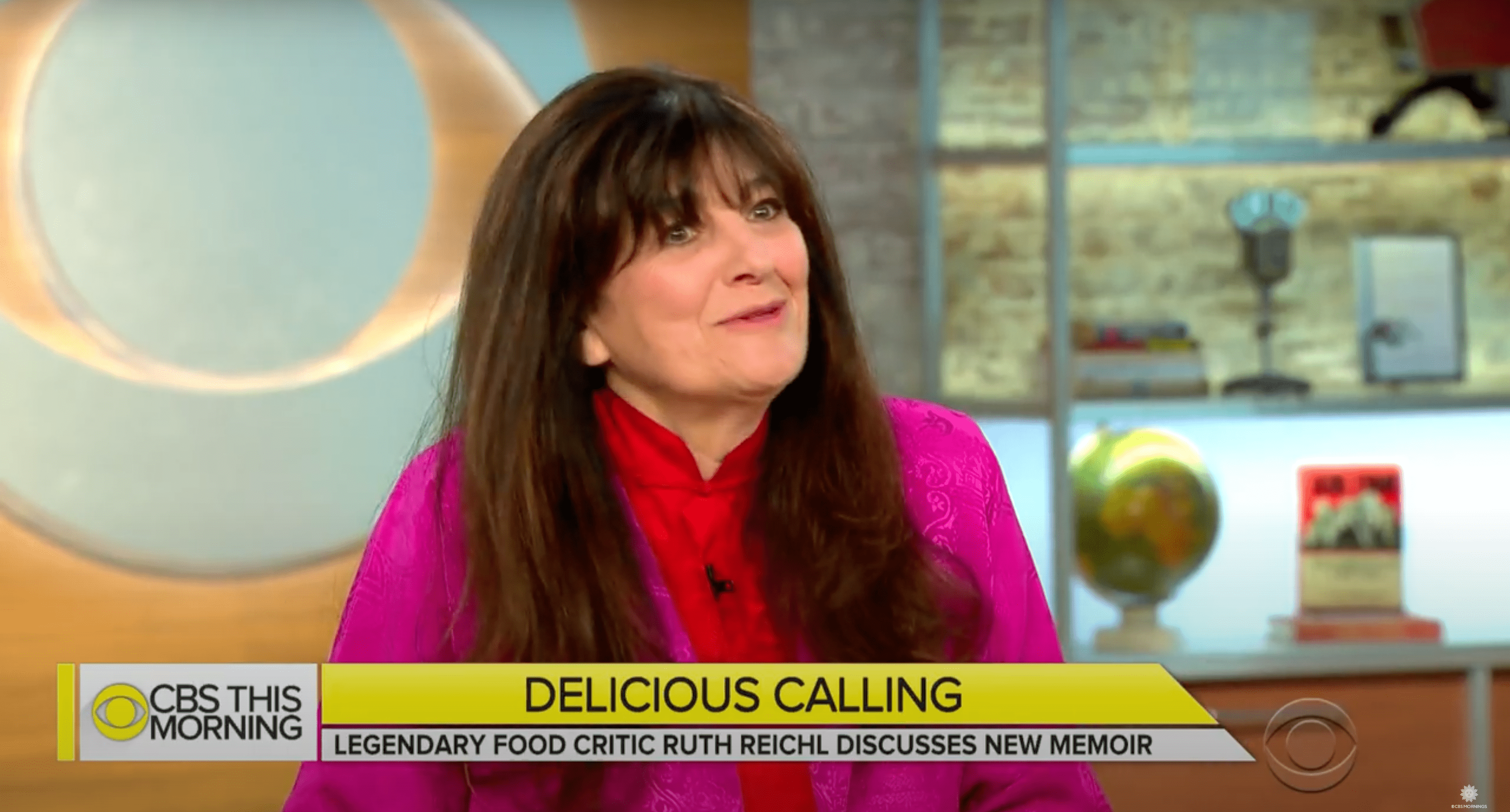 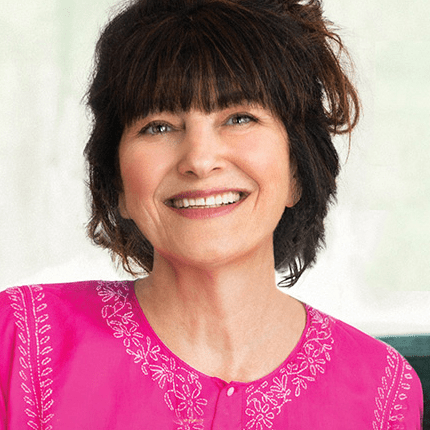 According to The Seattle Times, bestselling author, food critic, and judge on Bravo's “Top Chef Masters”, Ruth Reichl is “one of the nation's most influential figures in the food world.” Most recognizable as a writer and editor, Reichl was the Editor-in-Chief of Gourmet magazine for ten years until its closing. As a trailblazing culinary voice, Reichl talks about everything food, from her start as a chef and becoming a restaurant critic to the changing landscape of food writing, the current trends in cuisine, and issues of food policy.

In March 2020, Reichl began documenting the effects of the Coronavirus pandemic on the restaurant and food industry and is working with City of Gold creator Laura Gabbert to bring it to life. In the process of holding conversations with restaurant owners, suppliers, and farmers on their personal struggles through the pandemic and the domino effects each segment has on the other, Reichl uncovers the brokenness of our food system. But she also sees a silver lining in how the pandemic has reshaped restaurant owners and chefs in how they deliver service and run their businesses.

She is the author of several bestselling memoirs, including Tender at the Bone: Growing Up at the Table and Comfort Me with Apples, which follows her early days as a food writer and will be the subject of a new eight-part series on Netflix. Her latest bestseller, Save Me the Plums: My Gourmet Memoir, chronicles her groundbreaking tenure as editor-in-chief of the influential magazine. Praised as “An absolutely delightful reading experience” in its Kirkus Review, Save me the Plums was chosen as Amazon's spotlight pick for April 2019.

An editor-at-large for Random House, Reichl is also the editor of The Best American Food Writing of 2018, the first food series for the annual Best American series. Her cookbook, My Kitchen Year: 136 Recipes that Saved My Life, was named the best cookbook of the year and one of the best books of the year by Amazon.

Born and raised in New York City, Reichl moved to Berkeley, California, in the early 1970s. She played an integral role in America's culinary revolution as chef and co-owner of The Swallow Restaurant. She published her first book about food, Mmmmm: A Feastiary, in 1972. 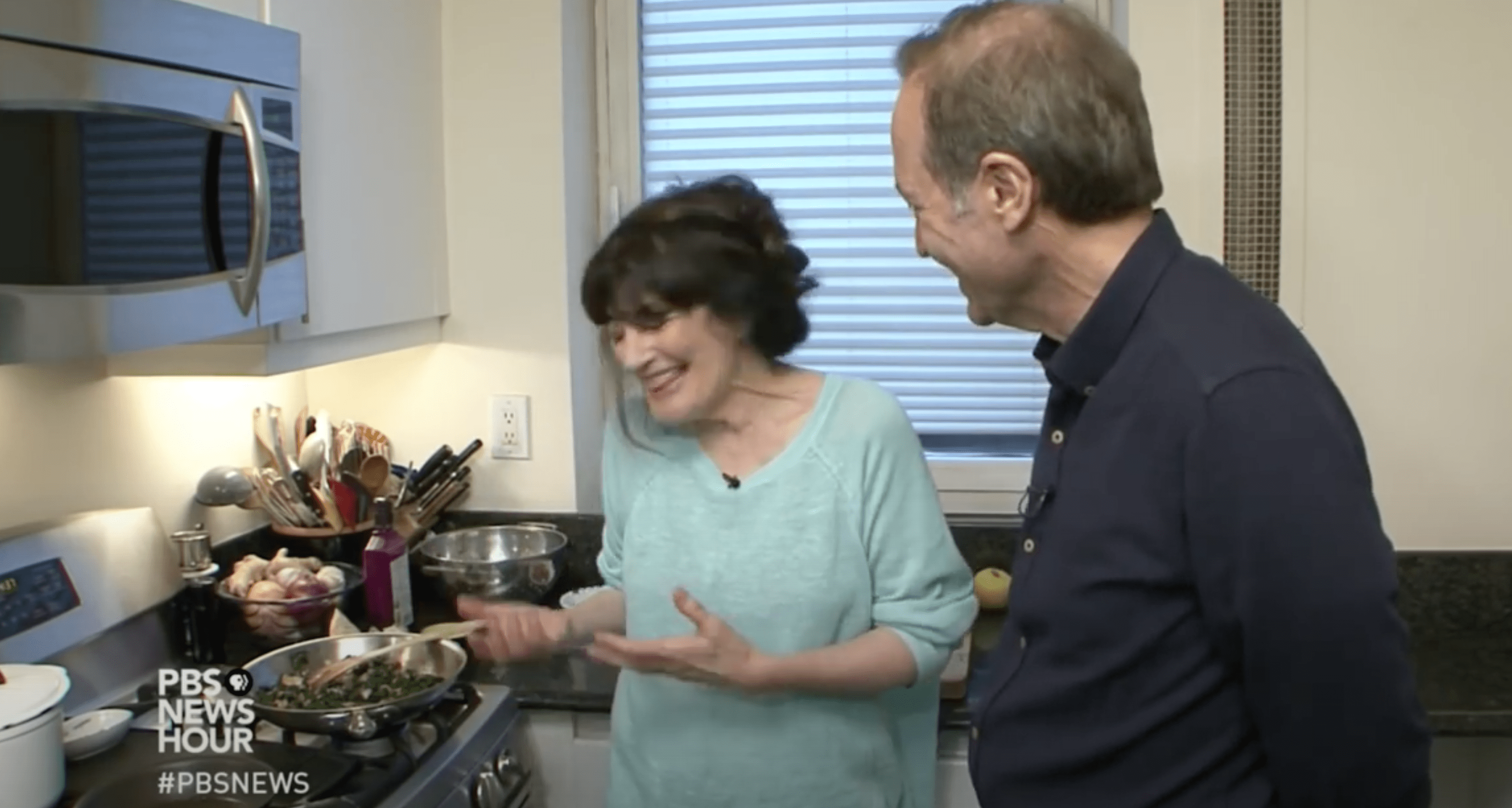 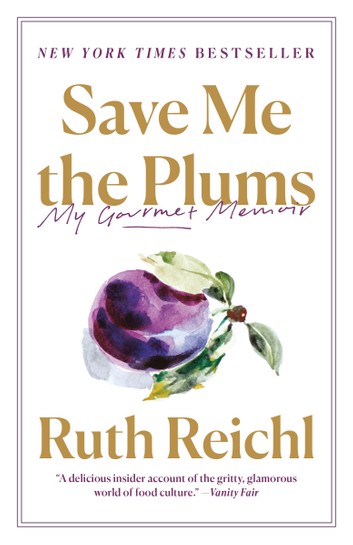 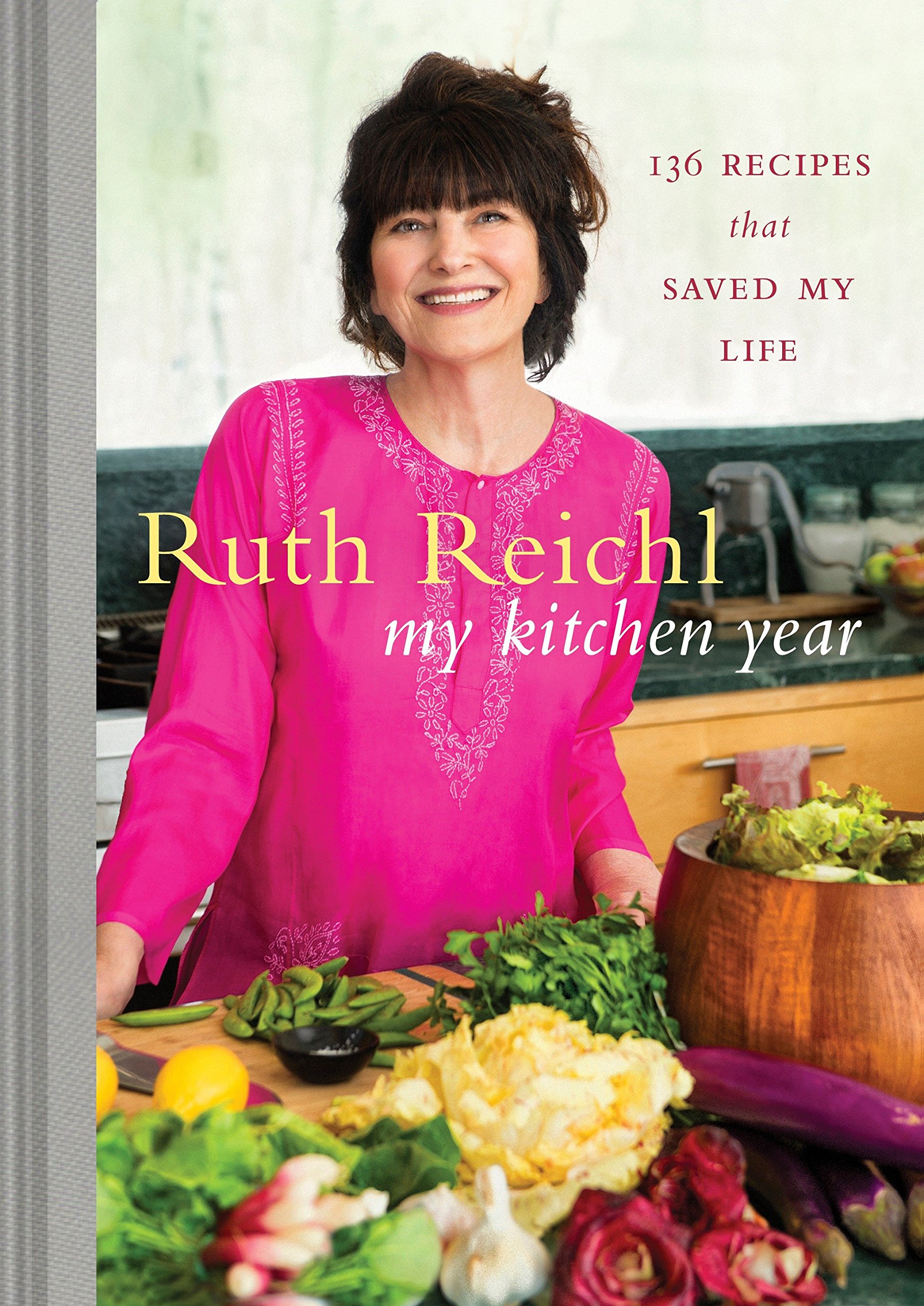 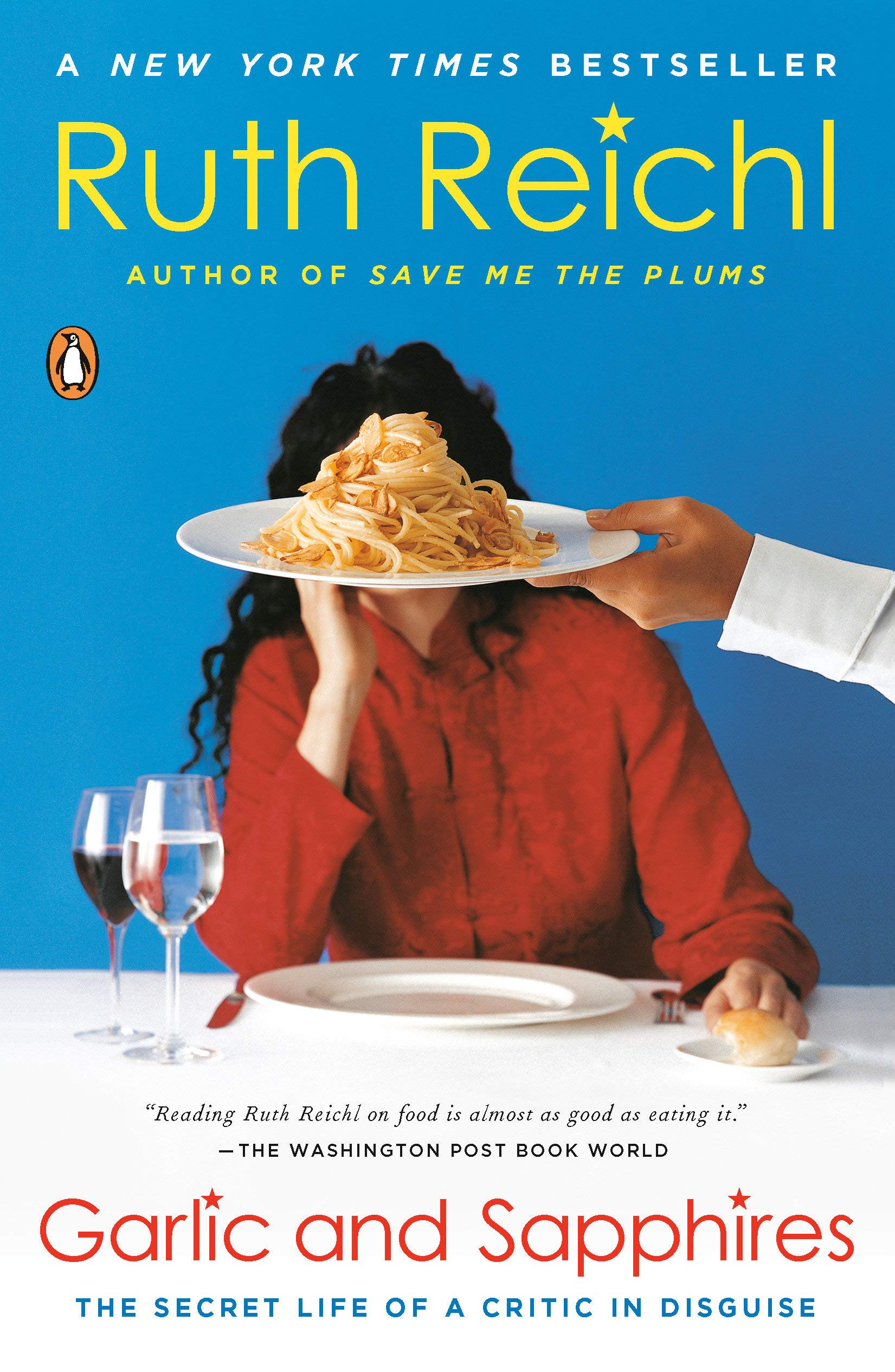 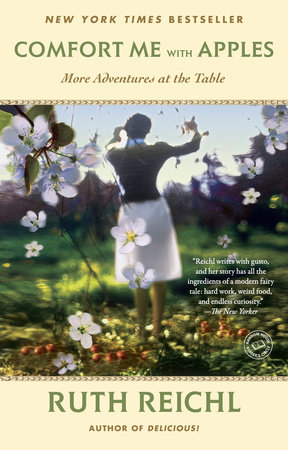 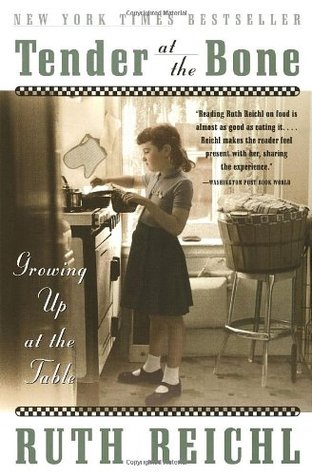 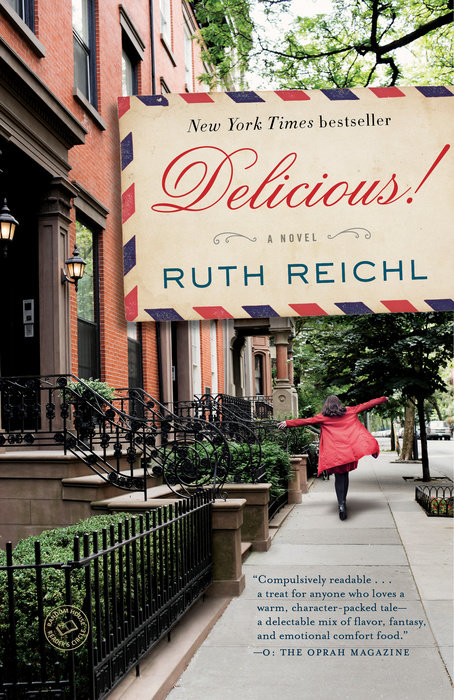 We are over the moon after hosting Ruth yesterday and today. She made a big impact with our community, and we're so grateful for her involvement.

Ruth is such a delight…Standing ovation. So smart, funny and kind. Great stories. I bet you have loved working with her over the years…Thank you for making it possible to bring Ruth to Portland. As always, you did me right!!

Ruth Reichl began her talk at the Hartford Public Library with a nod to the importance of libraries, and then worked her way, with referential charm, through the stacks. History, her own and that of dining in America; sociology, the delight of her own odd family and that of wavering social construct; commerce, her ability to find a way to succeed as each chapter ends, and that of the sad slaughter of Gourmet; non-fiction, her response to the vagaries of consumption and that of the country's cultural shape-shifting around how we iconize food; and finally fiction, the costumed years as the New York Times food critic and now her wonderful Lulu. We loved her and we loved sharing ravioli, pulpo, and wine with her.

Last night with Ruth was wonderful. As you know we packed her evening with multiple different events, all of which were extremely successful! We all enjoyed her talk and there was a lively discussion with the audience during our Q&A. The audience was eager to have her sign their books and I heard that the dinner with patrons was a fantastic experience for all.

Sun valley center of the arts

Ruth was FANTASTIC—the audience thoroughly enjoyed her talk and there was a great Q&A session, followed by a robust book signing, and an awesome reception.

Everything was “perfect!” Ruth was terrific! She is so personable, easy to be around, she spent so much time with everyone, answered many questions, and was a great fit for the event.

We certainly did enjoy Ruth. I would say: best keynote speaker ever! And the easiest, and the most fun. I am wholly converted to the concept of a keynote LECTURE instead of a keynote READING. Or maybe it's just that Ruth's lecture, Eating Our Words, was so very fascinating and well researched. She was just great.

Ruth Reichl was amazing…Her lecture was a sell-out; we had to open two overflow rooms and hire Dartmouth security to keep the crowd in order…The audience was wildly passionate about hearing her. It goes without saying that her lecture was magnificent: clear, articulate, intelligent, insightful, and informative.

It was fabulous. Everyone LOVED Ruth Reichl…She was the hit of the party.

Ruth Reichl is quite the popular foodie/writer in our area. The lecture was completely sold out and I received a good deal of very positive feedback. It was my pleasure to have her featured with our series—she was funny, engaging, absolutely enjoyable.

Ruth Reichl was fab. Really, really great. And also so good with donors and patrons etc…

She was incredibly gracious and charming with our patrons, brilliant on stage, honest and funny in her Q&A and kind during her book signing. I can’t say enough about her lecture—she is as witty and thoughtful in person as she is on the page.

The event was wonderful. Ruth Reichl was both gracious and lovely. We had over 800 people come to hear her talk and they were charmed. She signed for nearly an hour afterward and made many people happy. I had a really nice time chatting with her. Books, food, people's stories—I imagine sitting next to her at a dinner party would be a fabulous evening.

Ruth Reichl was wonderful! I love the way she knows everything about food. It is like meeting a bit history when you listen to Ruth Reichl. She has watched food trends come and go and continues to educate us on what is out there. I am awed by her ability to discern flavors and enjoy the way she relates the experience of eating/cooking. We loved her.

RAVE reviews for Ruth Reichl and the experience at Premier Chefs Dinner. The Center community is absolutely elated. We have much to celebrate.